As a central part of the All Town Halls session that took place within the context of the 2022 UCLG Retreat, the Climate Heritage Network and the other leading organizations presented a headline from the future and an image accompanying this headline. The idea was to allow ourselves to co-create from a bold and futuristic perspective. So, after some initial challenges, in 2042 the Town Hall’s proposals and radical thinking have a crucial impact on the world in ways we’d never even imagined!

We have tackled the missing cultural dimensions of the climate crisis; societies, especially in industrialised and industrialising countries, have transcended their take-make-waste petrocultures. To get there, cultural actors and cultural voices were instrumental in helping people imagine post-carbon, climate resilient ways of living.

Championing traditional knowledge and intangible heritage that pre-dates (or works independently of) the carbon era -- to point the way to post-carbon living.

Lifting up the worldviews of Indigenous Peoples’ and local communities that were never co-opted by modern extractive economies to offer counterpoints to prevailing views of progress.

Realising this future requires that local governments pursue holistic cultural and environmental policies that leave behind failed nature-culture divisions. It raises the question of whether existing cultural infrastructures can deliver the needed impact at scale and with urgency.

As difficult as it will be to achieve, a world that only achieves Net Zero by the mid-2040s has not escaped great troubles. It is a world of sea walls and planned retreat. For better and for worse, cities, land use and rural areas look today much different. Year-round forest fire seasons, more typhoons. Large-scale displacement, which means migration still roiling the politics of the planet.

We clearly did not “escape” climate change, but catastrophe has been avoided. Today’s youth have been given a chance and intergenerational equity has prevailed. Humanity teetered—and many people paid an unfair and impossible price—but it did not fall. And, in our headline, we have emerged with a new culture, rooted in ancient wisdom, of resilience and regeneration. 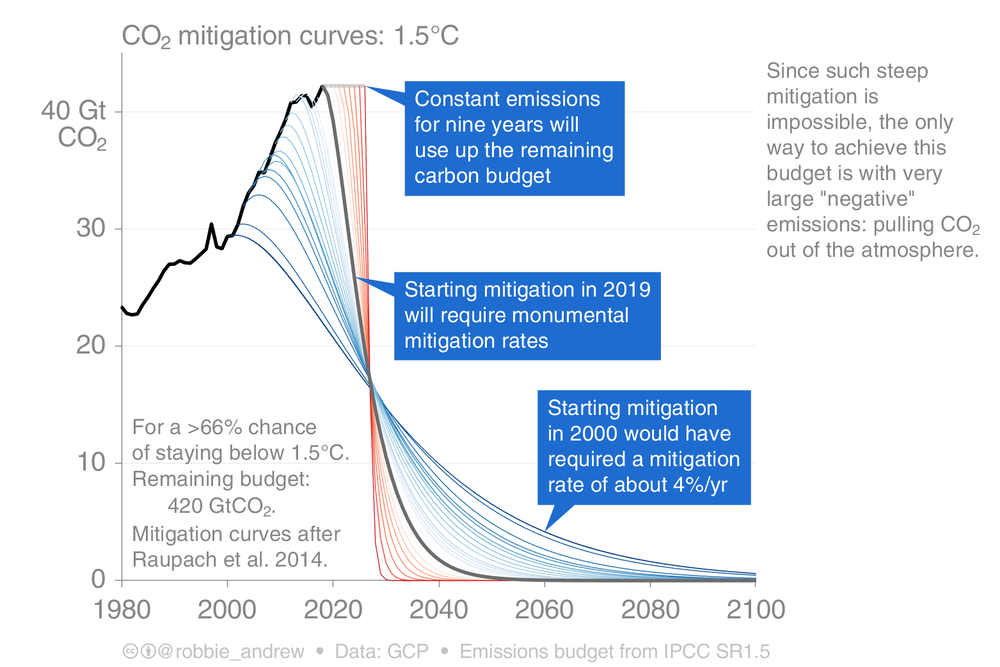